In Congress, Markwayne represents the conservative Oklahoma principles of limited government and freedom. He is a strong supporter of President Trump’s agenda to defeat the socialists in Washington, D.C., defend our cherished traditional values and protect the sanctity of life. 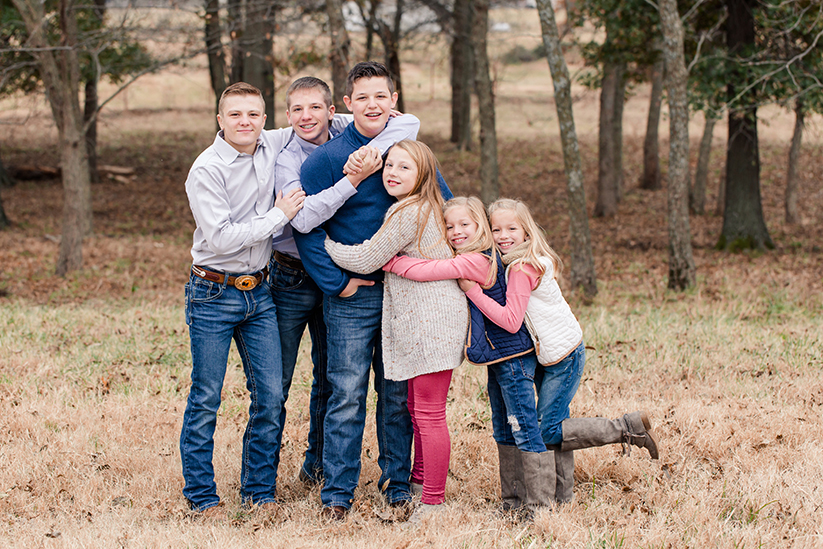 As the father of six amazing children, I know that life is a gift from God and begins at the moment of conception. I will always vote to protect the sanctity of life – from conception to natural end. I am honored to have consistently maintained a 100% voting record with National Right to Life. 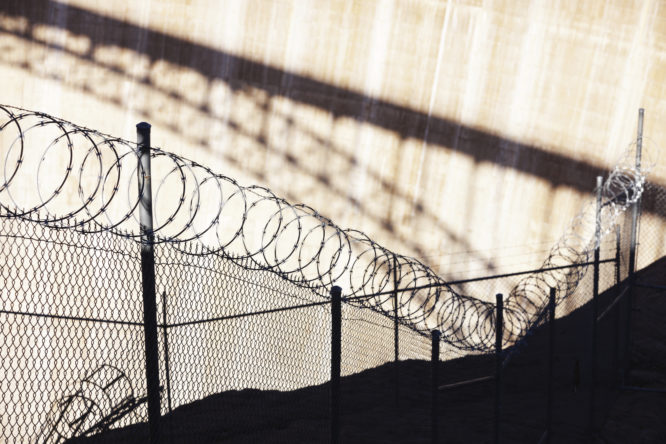 The first priority to fixing our broken immigration system is working with President Trump in getting a wall built on the Southern border, and not allowing amnesty.

Border security is a national security issue and we must be able to protect Americans from dangerous criminals and terrorists. Safety net programs for legal U.S. citizens should not be able to be abused by non-citizens. It is also critical that the immigration laws already on the books are enforced – not ignored for political reasons. 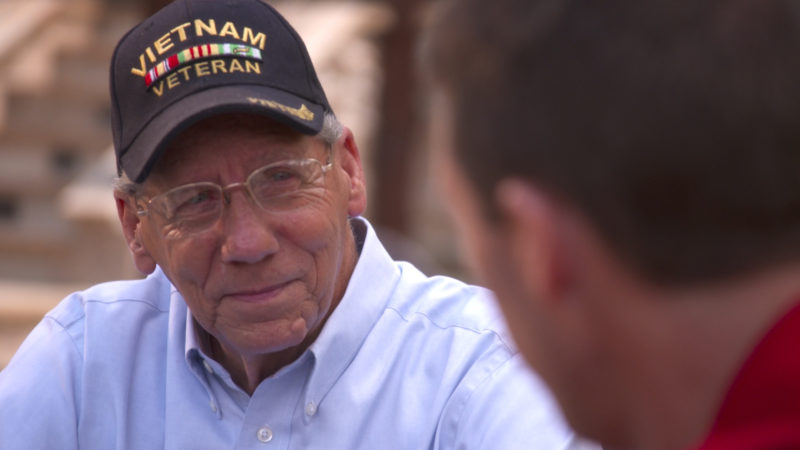 America made commitments to its military and it falls upon all of our shoulders to ensure our nation honors those commitments. One of those soldiers is my grandfather, Kenneth “Cowboy” Morris, a World War II veteran who was part of the D-Day invasion in 1944.

My priority has always been to help veterans cut through the bureaucracy at the VA or other federal agencies. I have held yearly Veteran Town Hall meetings around our district to successfully bring together veterans, their families and available area resources. My office held informational seminars to help veterans understand the newly-enacted VA Choice Program, and VA officials have joined me on a district-wide telephone town hall so veterans could speak directly with VA leadership about their concerns or problems.

I am also working to fix accessibility problems with the VA Choice Program that particularly impact rural Oklahomans. 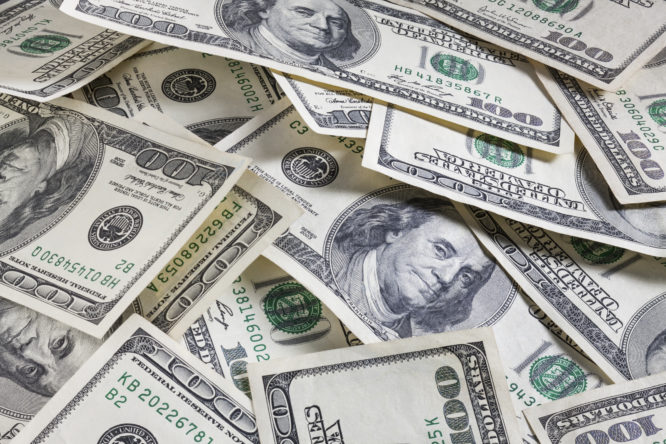 Spending and the Debt

As a business owner, I know a few things about getting out of debt and balancing a budget. When I took over Mullin Plumbing at the age of 20, the company was half a million dollars in debt. I had to make tough decisions and work hard, but today we employ 100's Oklahomans and my companies are completely debt-free.

It is a very different story in Washington. Our national debt stands at over $21 trillion and keeps growing. Over the years, career politicians have demonstrated they are unwilling to rein in federal spending because they are afraid to upset one voting block or another. It is time to balance the budget!

If we do not cut spending, put this country on a path to balancing the budget and adopt policies that encourage entrepreneurs to create jobs and grow the economy, then we will leave a legacy of debt and financial instability to future generations. 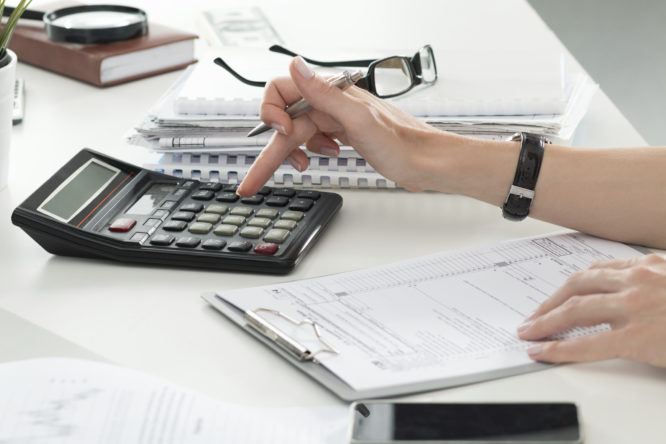 America needs a tax code that is fair, easy to understand and one that encourages savings. There is absolutely no reason our tax code should be so complex that we can’t understand it. Of course, that’s what you get when government bureaucrats write the tax code instead of business owners and people with real-world experience.

Our tax code should never be used as a way to enforce bad policies like Obamacare or to quiet critics of this administration, like with the IRS targeting scandal. We need significant tax reform to unleash the full economic potential of the private sector. 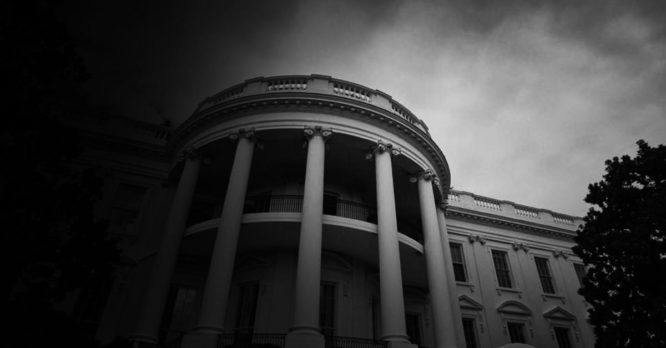 President Reagan was strong and decisive with America’s enemies.

With the threats from terror groups and hostile nations growing increasingly more serious, we need strong leaders like President Trump, who will stand firm against attempts to weaken America’s national security. 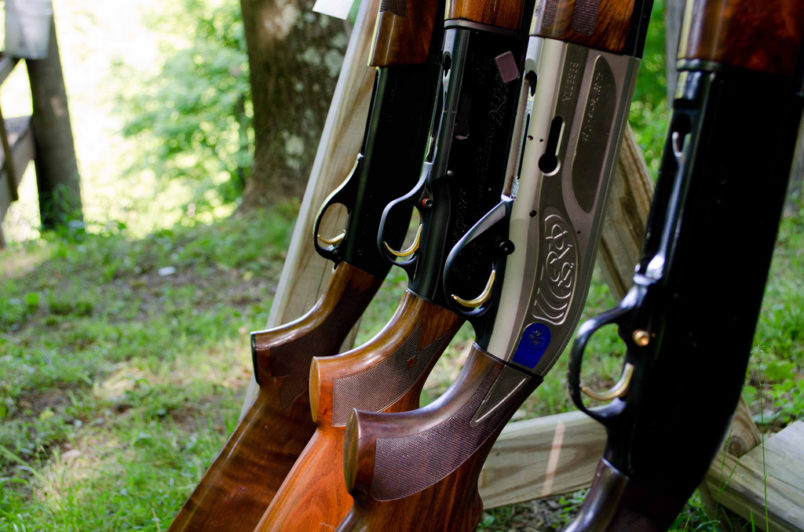 Our Second Amendment rights must always be protected. I am a hunter, a gun owner and have a conceal-carry permit. I have consistently voted to protect the rights of gun owners, sportsmen, and collectors. And I always will.

I will continue to fight attempts to infringe upon our constitutional right to keep and bear arms. 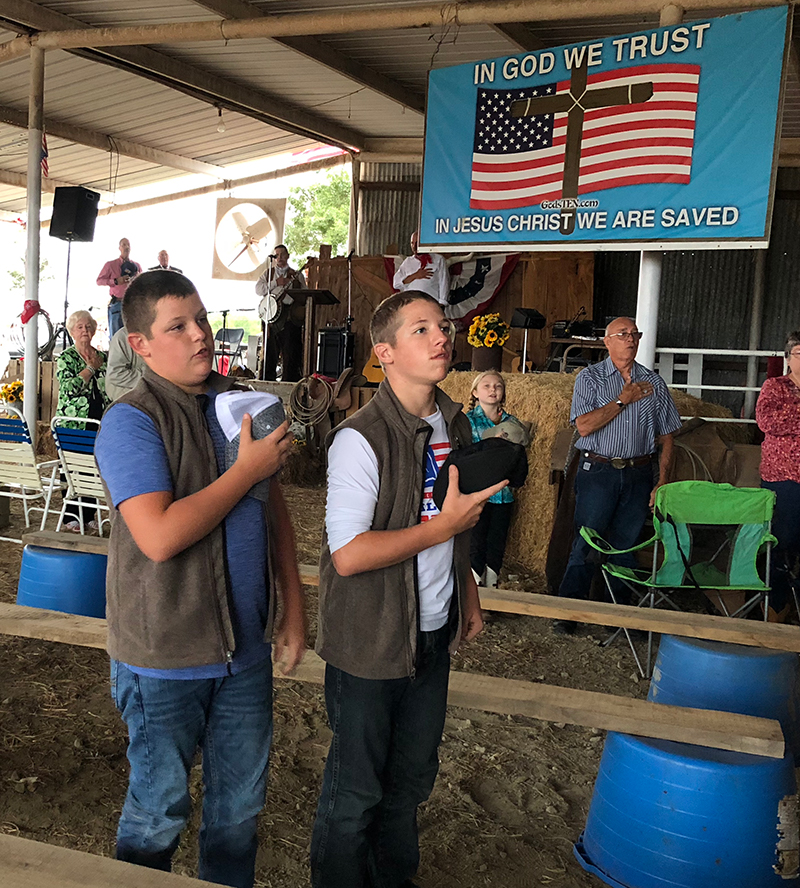 Our nation was founded on conservative principles that are enduring.

As Christians and conservatives, it is our responsibility to stand up for our beliefs and our values.

I will always defend religious freedom, traditional marriage between one man and one woman and conservative Oklahoma values. 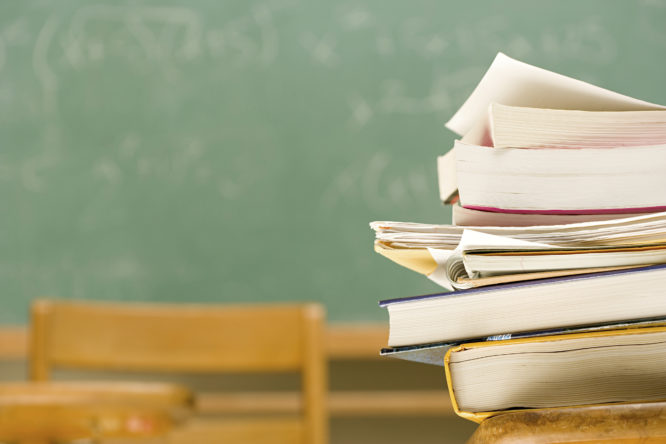 I firmly believe in more local control for public schools. I helped pass legislation freeing Oklahoma from being forced to adhere to ineffective federal standards. We know that the federal government has no business creating big-government education standards, and I strongly oppose Common Core. Local school boards, parents, teachers, and administrators have the best interests of our children at heart, and nobody wants to see their own children succeed more than the local community.

I have six children, each with their own individual learning style. Parents must be able to choose the best educational fit for their child – whether that is public, private or homeschooling. 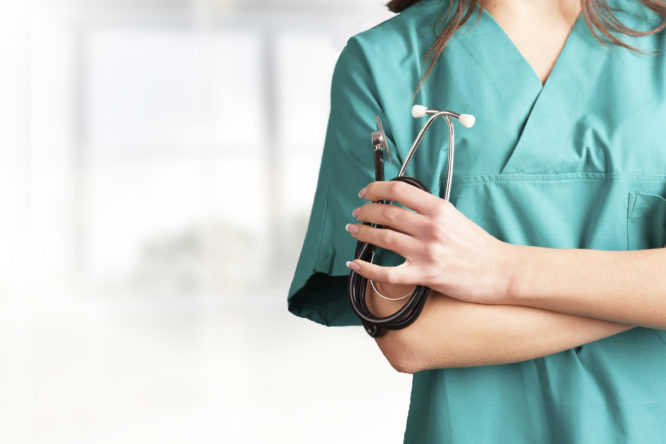 I have voted over 45 times to defund, dismantle or repeal Obamacare. This terrible law imposes more mandates, more taxes and is driving up the cost of health care.  Obamacare also jeopardizes Oklahoma’s rural hospitals, which are already struggling.

I am working hard in Congress to combat the opioid epidemic, stop the hardships of surprise billing, and bring down the costs of life-saving prescription medications.

Instead of more government intervention into our personal health care decisions, I favor reforms that are market-based, patient-centered and which actually solve some of the problems in the health care system – not create an entirely new system with layer upon layer of new problems and bureaucracy. 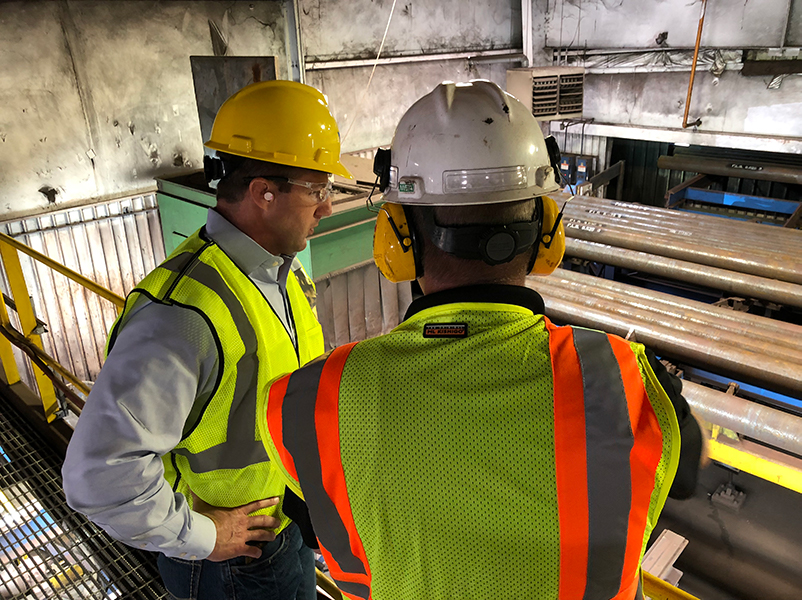 As a business owner, I know that government does not create jobs. The private sector is the engine that drives our economy and creates real jobs and opportunity. Yet, for many business owners it is a daily struggle just to keep the doors open.

More and more, the private sector is faced with constant uncertainty caused by Washington’s inability to take action on fiscal problems facing our country and by mountains of new regulations each year that make compliance nearly impossible, increase costs and eliminate jobs. I have first-hand experience with the challenges of running businesses in this burdensome regulatory environment.

The federal government must rein in spending, reform the tax code and end the heavy-handed regulations that are making it harder for the private sector to create the real jobs this country desperately needs. Sanity must be brought to the regulatory process so a business operating in different regional office locations of a federal agency can count on the same regulation being interpreted the same way in every office throughout the country. Today, that is simply not the case and our economy suffers as a result. 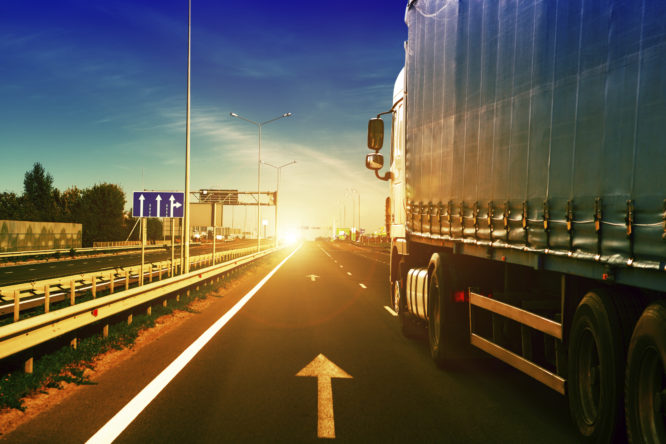 Maintaining and updating our national infrastructure is critically important for both safety and commerce.

In Congress, I have worked hard to ensure the critical needs of Oklahoma and the Tulsa Port of Catoosa are addressed on an ongoing basis. Keeping the McClellan-Kerr Arkansas River Navigation System operating is critical for all of eastern Oklahoma. 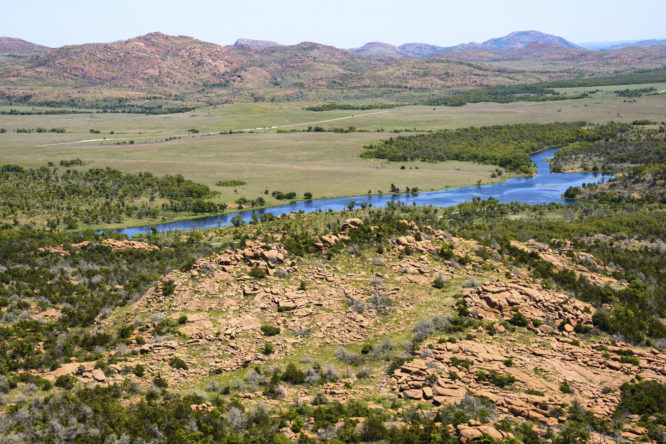 I am a rancher on the same land that has been in my family for generations. I believe in a balanced approach to protecting and preserving our nation’s natural resources for future generations. I also believe in allowing states to take the lead in the recovery and preservation of endangered species such as the Lesser Prairie Chicken and the American Burying Beetle. I will keep fighting the EPA’s overreaching attempts to tell farmers and ranchers how to manage their own land through administrative changes to the definition of navigable waterways under “Waters of the U.S.” (WOTUS). 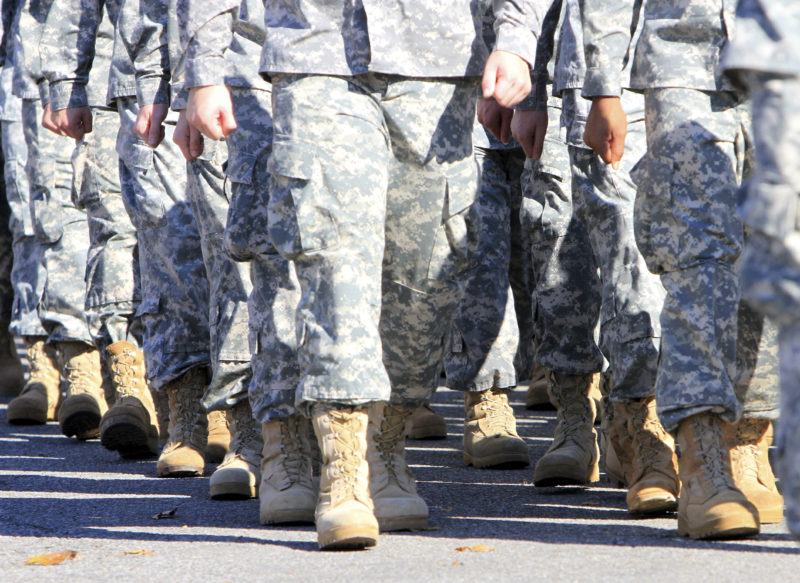 We must fully support our troops whenever they are sent into harm’s way. Our fighting men and women deserve strong, consistent leadership from their Commander in Chief, with clear objectives and a decisive plan for victory. Our military must be permitted to do the jobs they have been trained to do with every tool available in order to achieve the mission’s goals and objectives of defeating America’s enemies. We need to allow our military to be guided by their leaders on the ground and not hamstrung by bureaucrats in Washington.